Book now and get our best rate

Over a century
OF UNBRIDLED ELEGANCE.

The hotel’s history began in 1882, just 36 years after Fort Benton was founded, and 7 years before Montana became a state. It was built at the height of Fort Benton’s prosperity and the steamboat era on the Upper Missouri River.

Following a construction cost of $50,000 with an additional $150,000 spent on furnishings, the newly christened Grand Union Hotel opened November 2, 1882 with the biggest party the town and Territory had ever seen. Over 300 attended including some of the most prominent men and women in Montana history.

Within a year, the hotel’s fortunes declined. The completion of the Northern Pacific Railroad to Helena in June 1883 and the Canadian Pacific Railroad to Calgary in August 1883 dealt a mortal blow to Fort Benton and the Grand Union Hotel. The Helena railroad ended the long supremacy of the Benton Road as the Territory’s most important highway. The Canadian railroad more abruptly ended the importance of the Northern roads into Alberta and Saskatchewan from Fort Benton. In early 1884 the hotel failed and was sold at a Sheriff’s sale in May. 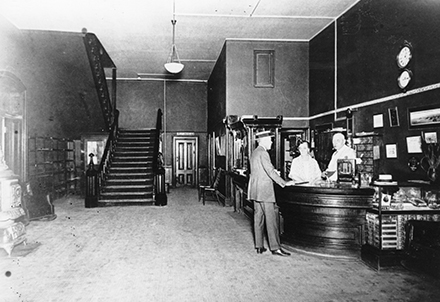 Operating through Fort Benton’s decline and ascendance of the new city of Great Falls the hotel suffered and was sold to Mr. J.H. Green and Mr. B.F. O’Neal in 1899 for just $10,000. Green and O’Neal undertook a major renovation of the hotel installing steam heat in replacement of the individual coal stoves, electricity and a men and women’s toilet on every floor. Elaborate furnishings were sold or discarded and new fashionable oak and brass furnishings were installed together with a quarter-sawn oak faux paint finish over the varnished woodwork. Enamel found its way onto the upstairs woodwork at this time and even the black walnut bar received a coat of white paint. 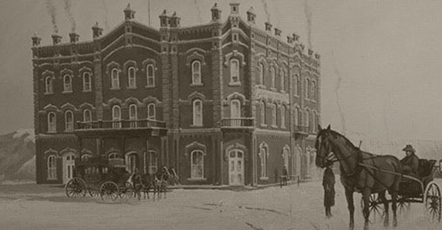 In 1917, with the world at war and the Homestead land boom on in Montana, local ranchers, Mr. & Mrs. Charles Lepley bought the Grand Union. In just two years, prohibition closed the hotel’s thriving saloon and dry weather, poor crops and falling prices brought on the Great Depression in Montana a full ten years earlier than anywhere else dealing the hotel another financial blow. 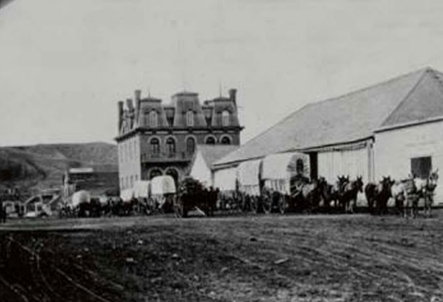 During the 30s and 40s the Grand Union ran steadily downhill due to the dire economic conditions of the Northern Montana area. The bedrooms, once considered the “best in the West”, gained a reputation for a permanent insect population and worn and broken furnishings.

In the mid 40’s the Depression ended as rain again fell on the area and crop yields and prices rose. A new generation took up some of the abandoned homesteads and agriculture rose to undisputed importance in Fort Benton and Chouteau County. 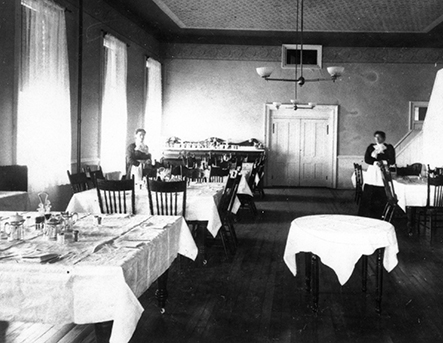 In 1952, the hotel was sold again to Mr. & Mrs. Harold Thomas. According to reports, the Grand had pretty much worn off by this time. “The lobby, dining room and saloon were ghosts of a once elegant era. Rooms were threadbare with straw mattresses still sprawling on sagging springs. Two public bathrooms on each of the three floors were the only personal sanitary facilities in the hotel. Upstairs pieces of the once picturesque chimneys sometimes fell to the sidewalk due to weathering. Bats nested in cavities in the cornices. Soot from the chimneys sifted down the walls and birds flew in and out at will. The window frames were so loose in their masonry that a person could stick his hand through the cracks. Sun had warped the window moldings badly. Settlement of the building made the upper floors sag. Less damaging, but more noticeable, were the worn early 1900s era leather easy chairs in the lobby which sprouted springs and the inlaid marble like linoleum floor was missing tiles, worn and patched.”

Mr. Thomas removed the falling chimneys, sealed the holes and repaired the cornices, painted, added new structural supports, fitted the building with new plumbing and wiring, and fumigated completing a one man, multi-year restoration that is credited with saving the building. 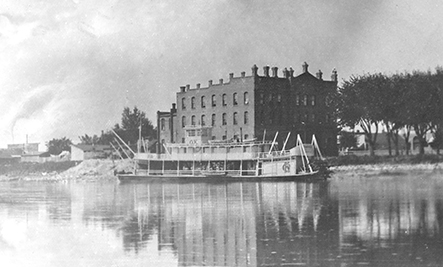 In 1983, the hotel was closed down for renovation, however prior to completion the project collapsed in 1984 due to a failed financing plan and inadequate capitalization. In 1986, the hotel was sold at Sheriff’s sale to satisfy debts and the building’s contents were stripped and sold at public auction. 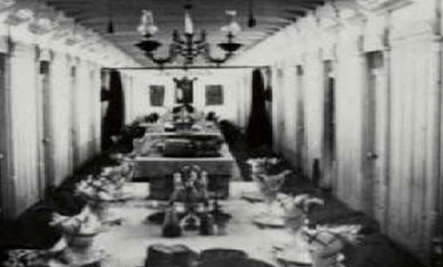 The building was then left abandoned pending sale until 1995 when native Montanans, James & Cheryl Gagnon, purchased it with a plan to restore and reopen the century old hotel. Elegantly returned to its original splendor, the Grand Union re-opened its doors November 2, 1999, on the 117th anniversary of its original launch. 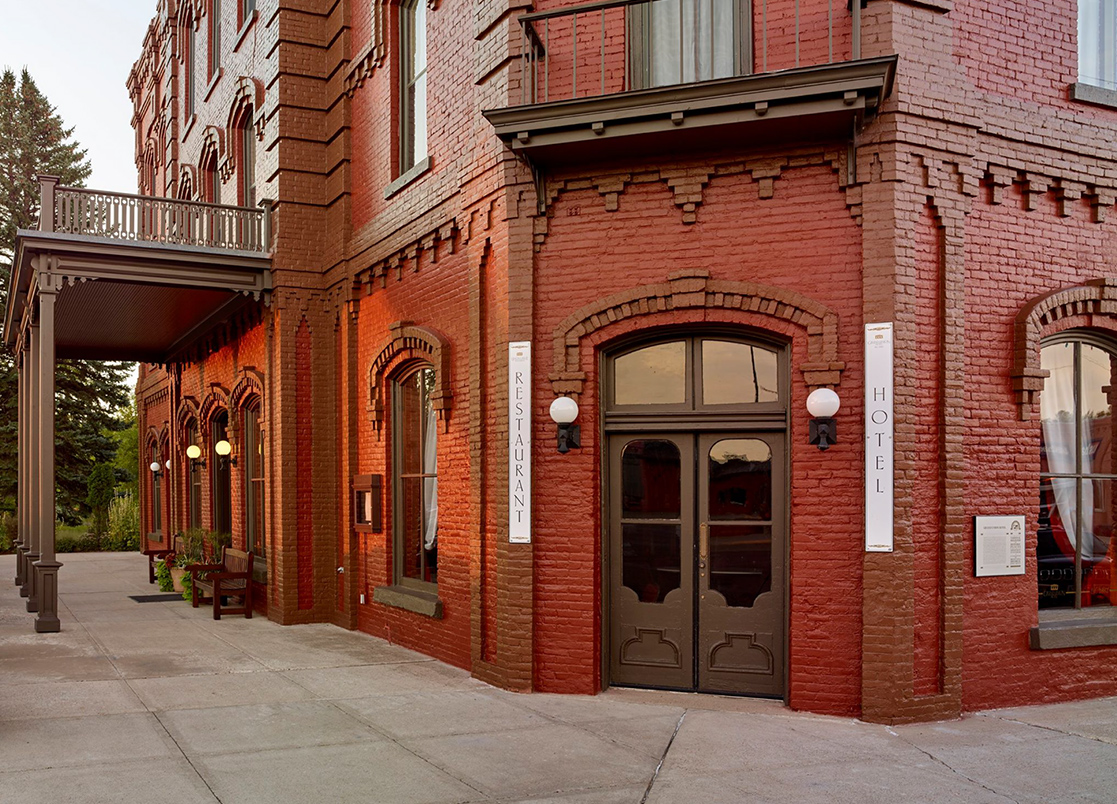